Protect Your House From Ants

Most people have had to deal with ants at one point in their life. If you leave food out on the table, or spill some crumbs on the floor, ants will come marching in. While ants aren't usually a health risk, they can still be a major nuisance. Some types of ants can also do major damage to your Florida home.

Ants prefer warm weather, and many species are able to thrive in Florida's climate. One of the most invasive and problematic varieties in West Palm Beach is the odorous house ant. If you notice these ants around your home, Protective Pest Control can help.

Protective Pest Control has been helping people keep ants out of their houses for over 20 years. We take pride in our customer's satisfaction and will develop a complete ant control strategy to ensure you never have to deal with these pests again. If you are having trouble with ants in your home, call Protective Pest Control at (561) 791-0263 and we'll take care of your ant problem and make sure they never come back.

Odorous house ants get their name from the pungent scent that they emit when crushed. This smell is typically similar to that of rancid butter, rotten coconuts, or turpentine. Adults grow to a maximum length of about 3.2 millimeters and are either black or brown in color. Colonies can grow to number in the tens of thousands and may contain multiple queens. In fact, the largest colonies contain hundreds of queens, each laying up to 30 eggs per day. House ant queens can continue to lay eggs with damaged abdomens and have been known to live for months without food or water.

Prevent Ants From Entering Your Home

Once our professional exterminators have removed the ants from your house, we will also prevent future ants from ever getting in. By identifying and eliminating common outdoor sources of ants, you will be able to rest easy knowing you won't have an ant problem again. There are also steps you can take to keep ants from your house.

House ants generally invade homes in search of food and warmth. They will eat most foods found in a typical household, but they are especially fond of meals that contain sugar. If they get inside your home, you will most likely find them near sources of sugary food or warm areas near insulation and heating units. Like other ant species, odorous house ants tend to collect bacteria on their bodies when they crawl on contaminated floors. They then spread this bacteria to other surfaces as well as any food that they access.

Types of Ants Found in Palm Beach and Broward Counties

South Florida residents with ants in their homes will often notice signs of the pest. All ant species live in colonies that often contain millions of ants. Colonies of ants exist in most geographic locations. Ant species are often accidentally introduced to new environments where they thrive without natural predators. Each ant is covered with a tough exoskeleton to protect its internal organs and muscles. This exoskeleton can also make the insects difficult to kill with over-the-counter pesticides. In colder climates, ants will become dormant while in hot climates they remain active. They communicate danger by touch, sound and pheromones. Some ant species sting, bite or emit poisons to protect themselves.

Carpenter Ants are like termites in that they destroy the wood in your home. Carpenter ants in your house can do tremendous damage to your wooden surfaces and should not be left to continue their work. Call Protective Pest Control at (561) 791-0263 to control these pests before they can do harm.

Contrary to popular belief, carpenter ants are not interchangeable with termites. Instead of digesting the wood as termites do, they create passageways in the wood in order to move between their nests and their food sources. Favorite locations are in moist areas such as around windows, eaves, decks and porches.

Since they are most active at night, you may never actually see carpenter ants at work. However, you might observe their rectangular holes with smooth inner walls. Often, you will also see piles of sawdust and wood shavings lying outside the hole, as well as other debris and dead insects.

If you suspect that you have a carpenter ant infestation, time is of the essence. These pests are capable of doing severe damage that can eventually compromise wooden structures in your home and cost you thousands of dollars. Many homeowners mistakenly believe that they can diagnose and solve the problem of a carpenter ant infestation on their own. However, their efforts are often futile and valuable time is lost.

Instead, take advantage of the experience, expertise and professional strength products here at Protective Pest Control. Our licensed professionals can verify the presence of an infestation, root it out at its source and help you block the entrance points to ensure that the problem is gone for good. Don't let another day go by!

Carpenter ants commonly invade buildings such as homes, apartments and businesses. They have black bodies with yellow or white hairs on their abdomens. When carpenter ants live in buildings, they destroy the wood frame and structure by chewing large tunnels. They also will consume food products found in the home. Carpenter ants are attracted to moisture and will leave fecal matter near their tunnels. A professional exterminator must find the main nest because the winged males will relocate when they sense danger.

Crazy ants are an invasive ant species originating in South America. They have recently begun to invade the southern United States, where they are aggressively competing with local ant populations and terrorizing people throughout the area. These ants are named for their erratic and unpredictable swarming patterns, and they're a real nuisance in West Palm and surrounding areas in 20 separate Florida counties.

Crazy ants differ from other ant species in several important ways. They don't sting like fire ants, but these ants do bite. They tend to form very large colonies and will swarm in mass, leading to invasions of millions of ants at one time. They're also very aggressive toward people, animals and other insect species. This aggression has caused them to overwhelm native ant populations, displacing fire ants and other similar species. It's also caused a disruption in native ecosystems.

Another unique trait of crazy ants is their attraction to electronics. Unlike other ants, crazy ants don't dig extravagant burrows of their own, preferring instead to occupy spaces that have already been excavated. The crevices in electronic devices are attractive to these insects, and the heat and vibration emitted by electricity may play a role in attracting them as well. As the swarms overwhelm computers, cell phones and even air conditioning units, they will short-circuit the device.

Crazy ants are not sensitive to the same pesticides as ward off other types of ants, and destroying a population can be very difficult. Because of this, it's important to treat any suspected crazy ant infestation quickly and aggressively.

Other Common Ants in Florida Homes

Sugar ants are an orange color, and they will eat any food they find in your home. They are primarily nocturnal, and enjoy warmer temperatures. The yellow crazy ant is a large yellow ant that behaves erratically. They are destructive to crops and local animal life. The crazy Raspberry ant is attracted to electrical wiring and equipment in buildings. This ant species will chew on wiring causing extensive damage and short-circuiting. The white footed ant is an invasive insect that rapidly reproduces because of lack of natural predators. This ant can be found on windowsills and other building entrances.

If a house ant infestation is not dealt with, it will most likely continue to grow. Protective Pest Control's expert technicians can exterminate the ants and almost any other pest in no time. Call us today to receive your free quote and get started on the extermination process.

Over The Counter Ant Sprays 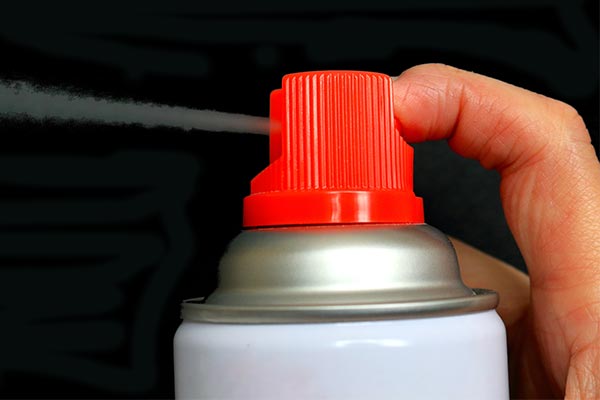 Most over-the-counter ant control sprays only deal with the ants you can see. Our professional and safe treatments will not only kill the ants you already have in your home, but will also create a lasting protective barrier that will prevent ants from entering your house in the first place.

Get the job done correctly the first time. Trust Protective Pest Control to rid your house of ants and other pests. Our technicians have expert knowledge in recognizing the species of ant inside or near a building. We will look for entry points, and pheromone trails of the ants. In addition, we will find the nests of various ant species. Each species of ant often requires different treatments to eradicate the pests. To rid the building completely of ants, colonies and individual ants must be destroyed. We are based out of West Palm Beach, but serve the entire Broward and Palm Beach areas.