Wellington is a small, rural community and a beautiful place to call home; equestrians especially gravitate here because of the expansive plots of land. When you factor in the mild winters and warm summers, it's clear why people so easily fall in love with this city. The only problem is that the things we appreciate about Wellington happen to be the ideal conditions for bugs and insects to thrive.

Ants, cockroaches, fleas, and mosquitos flourish in this wooded environment. In fact, at Protective Pest Control we routinely see over 20 pests that commonly infest homes, yards, and barns in Wellington, but the insect that shows up the most is the small and mighty ant.

Get to Know Ants

Ants are common; there are over 12,000 known species. Ants pack together in "colonies" or "armies". A few species never have a home; they continuously migrate in search of food. However, most of the ants in our area live in mounds or trees. Queens reign over the ant communities and their purpose is to reproduce with male ants — whose role is to reproduce and then die. Ant queens can lay up to 30 eggs in one day, which is why infestations spread quickly. Queens send out worker ants to find food and to leave pheromone trails for other ants to follow. If left unchecked, ant colonies grow exponentially, eventually moving indoors searching for food and plaguing homeowners.

As the name suggests, bigheaded ants have rather large heads compared to the rest of their body. They are active most of the year except for the coolest months in south Florida. They typically live in mounds in your lawn and are often attracted to food sources like sweets, meats, or greasy foods. These scents are what brings them into your home.

Ghost ants have dark heads and translucent bodies. A popular ant species in South Florida, ghost ants are relatively small. Due to their tiny stature, they often go unnoticed, until homeowners find them in a bag of sugar or crawling on a half-eaten peanut butter and jelly sandwich.

Outdoors, these ants occupy moist grass, plant stems. flowerpots, and at the bases of palm fronds. Indoors, ghost ants tend to colonize in small spaces such as cabinetry, baseboards, cracks, and even spaces between books.

Featuring a dark body - often black - with light-colored feet, white-footed ants typically come out during the rainy season in South Florida (from June to September). This is the prime season for honeydew production. White-footed ants seek this honeydew from plants in the area.

Just as ghost ants are attracted to household sweet foods and proteins, so are white-footed ants. Even though they form nests above the ground, white-footed ants like to live in damp areas like kitchens and baths.

Why Ants Enter Your Home 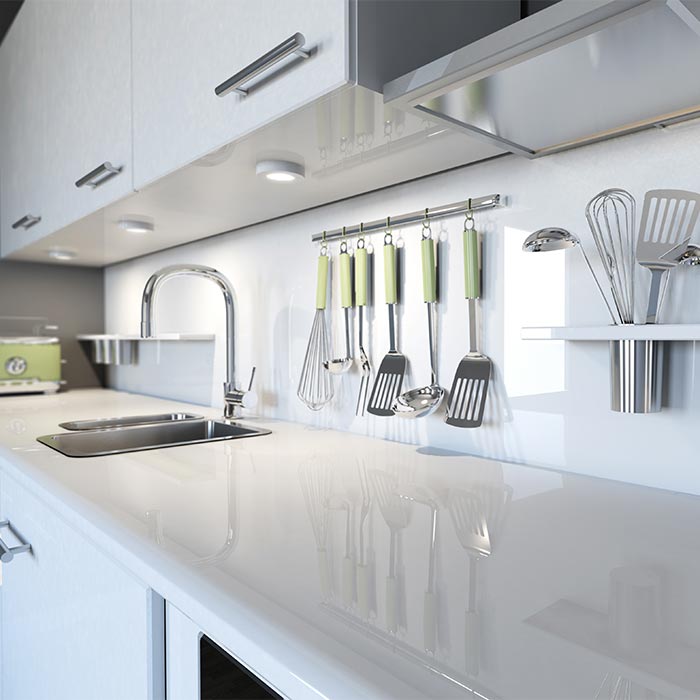 Many of the phone calls we receive are from homeowners that are unable to stop "crazy" ants from running around on their kitchen and bathroom counters; even though they may not know their official name, we've heard the description far too often. While you may be able to get rid of a few ants that you can see, they will just keep coming back. This is why you need a professional pest control company that is familiar with all types of ants.

Moisture and rain bring ants inside; they are far more likely to enter a house in wet weather. Like any other living thing ants need food, water, and shelter; this will always be the main reasons ants enter your home. Ants are attracted to moisture, sweet substances, and sources of protein.

Are you looking to rid your home of these uninvited guests? We can help. While ants pose no health risk to you or other members of your household, they can be a nuisance and sometimes even bite, leaving your skin covered with red, itchy bumps. Some ants, like fire ants and carpenter ants, can cause damage to your Florida home. At Protective Pest Control, we use safe, industry-leading products to remove ants. As we have helped people keep ants out of their homes for over 20 years, we know the proper ways to treat any ant infestations in Wellington.

With our ant pest control plan, we will treat the inside of your home annually and the outside of your home every other month. For more information about our services or to schedule a free estimate please call (561) 791-0263 or send us an email; one of our pest control specialists will be happy to help.